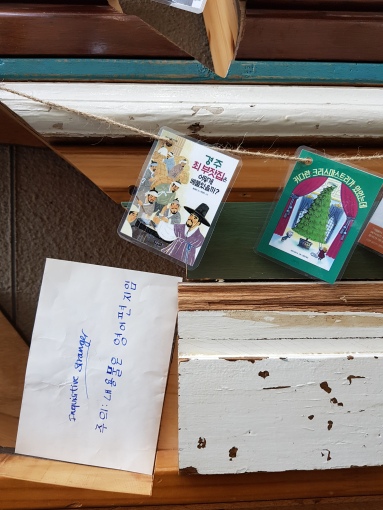 You have discovered this letter in Seoul Metropolitan Library. Maybe you have come here to leaf through the pages of your favourite novel. Or research your history paper in the cultural record room.

Or perhaps, like me, you have a book sniffing fetish and you need to scratch that itch.

As I bury my nose in the spine of ‘80 Days Around the World’, the fragrance transports me to an inky thicket where wood imps serve wood apple crumble on maple wood plates. Aah, woody good times!

Despite my penchant for paper sniffing, I recognise the importance of a paperless society yet, as a techno phone, can’t pretend anything requiring a plug doesn’t bring me out in a cold sweat. However, my inner environmental warrior is championing the future of our planet so I must do what is right even if it scares me.

Nature’s destiny is in our hands so paper must be cherished or recycled.

Technology panics me but a treeless planet terrifies me.

Not so long ago, I watched a film depicting a future dystopia of claustrophobic cities choked with monumental towers and clogged streets. The only natural thing to exist was a dead tree supported on props in the ‘rural’ wasteland of dust and grit. I had a whole new appreciation of our beautiful home planet when confronted with this prospect of it bereft of trees, no grass, no green, no nature. Visionary Mr Lennon would have a new verse to add to his song.

The director’s vision of an urban planet and treeless future made me breathless. I raced from the cinema to the nearest trunk for a hug and a gentle rib-digging from friends.

Yes, I do condone you go hug a tree. It’s a bit like hugging a Labrador, a warm moment when the osmosis of love is felt without a word uttered.

The act of exalting trees reminds me of an incredible moment in a true story that changed a physical and political landscape. It is a story of courage, honour and horses.

In 1996, the United Kingdom was experiencing one of her wicked winters yet camped in the snow, dug into tunnels in the cold earth and exposed to biting gales in tree houses lived a tribe of environmental warriors. For months they were exposed to the elements as they clung to the trees in an effort to thwart bulldozers from clearing them. Protesters numbers swelled to 8,000 yet eventually everyone was evicted. Subsequently, 10,000 trees were cut down, the countryside was cleared and a new road was built in its place. While the protest did not stop the bypass from being built, their actions did lead to changes of transport policy. The government pledged to find alternatives to road building as 600 new road schemes were decreased to 150.

The battle was lost but the war was won.

During the protests, one activist captured a poignant moment on film when a pair of seemingly wild horses, unfazed by the crowds, commotion and chainsaws, marched up to the huge oaks that had just been felled. It appears they had come to pay their last respects. In a breathtaking moment, one of them nuzzled a riot police horse, a protester appealing to a law enforcer.

My darling Stranger, I wonder if you have stood up for your beliefs. Were they moments of disarming calm, defiant rallying or did you look away?

It takes courage to stand up for what is good in this world, especially when you find yourself standing alone.

Just remember, when your beliefs are honourable, you should straighten up, stand taller, smile wider and stretch further to grasp the opposition’s hand.

When all is said and done, peaceful nuzzling is the most powerful place to stand. 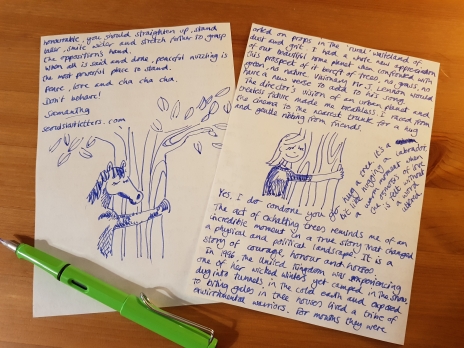 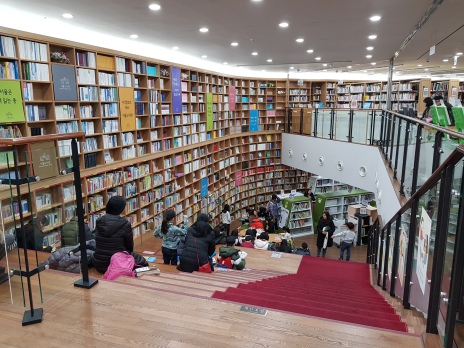 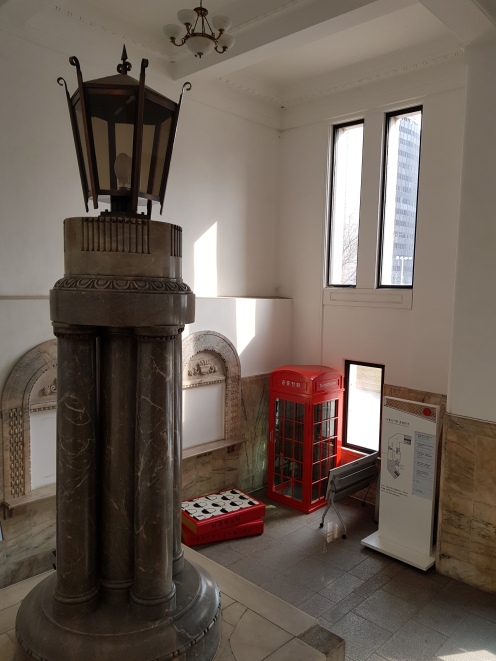 The Wild Horses of Newbury by Mark Carroll